Traffic jam on the A2. The driver veers toward the median, brushing against the masses of wildflowers which fight the vehicles for sunlight. An arm reaches out of the back window to yank the pungent blossoms into the red VW, and hands the best pick up to the front passenger, who scans the right lane for potential recipients of the little yellow flowers. A van looms ahead, out of which an arm reaches to ash a cigarette. Perfect. The driver edges over and the passenger lowers his window to reach out and ask : “Cigarette for flowers?” The smoking driver laughs and says no.

Arrival in Kassel. Park, grab a bite to eat and make your way to Friedrichplatz, around which extend the principal constellation of venues and satellite constructions of the Documenta 12. The first things you will notice are the numerous containers installed for the event, painted white and labeled in the large Documenta 12 typeface - a light, script-styled face featuring extraordinarily wide tracking.

Pass by the Bookstore and Garderobe containers, head into the Visitor Service Container, where you will be redirected to the Cashier Container to buy tickets.

At the entry to each venue, you will be sent to the Garderobe container where you must give up your bag larger than a sheet of paper if you want to go in. Journalists don’t worry - your press packet includes a DVD with most flattering images of all works so you don’t need to take notes or photos. It doesn’t matter anyway - with 2-3 guided tours taking place in nearly every room, you won’t be able to think about or look closely at anything.

Your experience is effectively dominated by spectacle. The sad spectacle of the tour guides talking to their groups, saying things like “This doesn’t really look like art but…”, about a group of air ducts arranged on the floor, by Charlotte Posenenske (1930-1985), or “Personally I don’t get this, I don’t know how it is for you all…”, about a semi-architectural Cosima von Bonin (b. 1962) installation consisting of colorful fabric panels, bamboo stalks and a piece of scaffolding. The perhaps sadder spectacle of dancers around a 1968 Trisha Brown clothing installation : Grateful Dead music and groovy simulacral 60’s moves, visitors don’t touch. It is only when the work makes noise that the incessant drone of tour group talk is interrupted. The spectacle of post-modernism as the struggle against modernism, colorful walls to defeat the white cube - supposedly one giant leap for exhibition design - or as pluralism characterized by presentation in Museum of Natural Historical vitrines. Who announced one huge backwards plunge for exhibition design? Since when do I think about exhibition design?

I guess since the exhibition became to art what Disney’s Epcot Center is to world culture. 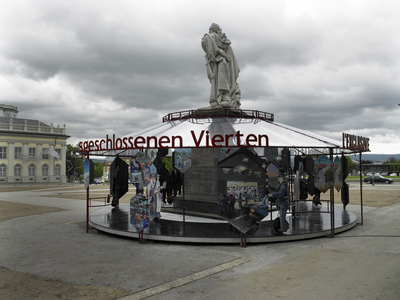 A central theme of Documenta 12 is “Kunstvermittlung”. While this term has been translated by the organizers as Art Education, the word Vermittlung literally means Mediation, a concept which necessarily excludes immediacy. Art Mediation. But, if a teacher is essentially a Knowledge Mediator, this concept is actually not far removed from the recent wave of “Bildung” (literally formation, also education, training, cultivation) as subject matter for artistic endeavors. This is a convenient approach, since the works do not have to be linked by any apparent conceptual or aesthetic similarities. Additionally, it can avoid any uncomfortable political disruptions, by taking the quiet back road of accessibility, easily fitting into simplistic populist arguments. 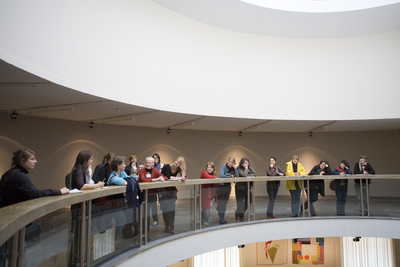 Of course, non-disruptive, accessible works tend not to engage with the most pressing issues of their times. They tend to avoid new technologies and means of presentation which “average people” may have trouble using or reading. Further, they often underestimate the viewer’s cognitive abilities. Such works unfortunately fall a bit flat; they seem hesitant, look and act conventional, fail to challenge the status quo and simply add little or nothing to existing knowledge, discussions or debates. In fact, one asks oneself why they should even be produced.

To avoid completely uncomfortable answers to this question, the organizers of the Documenta 12 can point to about 50 percent of the work in the show which was actually produced around 30 years ago. And if you complain that the Documenta is actually supposed to be about current art, they can reply that the art isn’t the work - the work is a message and the art is its mediation.

Who is the mediator? Kids (actually teenagers). Kids as guards and tour guides. Because apparently kids can communicate better with people. Of course teenagers are as diverse as the adults they are about to become. They too can be incredibly unpleasant enforcers of absurd regulations.

Naturally, the media have also been cast as mediators, although the organizers don’t make any hype about that. Using the inherited credibility of the institution Documenta, they carefully planted expectations and interpretations in magazines, newspapers and television programs. Refusal to release a list of artists prior to the opening meant that all of the lead-up coverage focused on their own personalities and ideas. Thus, they were able to establish a set of theoretical parameters and criteria for quality solely based upon their own statements. Discussing reactions with random visitors revealed only two sorts of responses. The comments of enthusiastic viewers mirrored with stunning accuracy the content and language of official statements by the organizers, while the less impressed were frustrated about the one-sided information available in previous months. 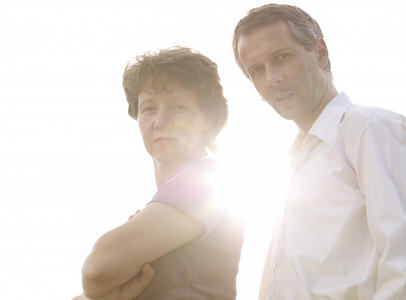 Can we all agree that this is the situation of contemporary art? The work is just a tool for its own staging? That the purpose of this staging is to open up an access point for someone considered by the godly organizers otherwise incapable of understanding the mysteries of Art or anything else? That the work itself should illustrate an obvious message which can be assimilated into this mediation? 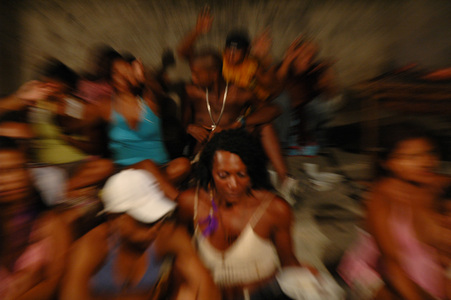 As they came to the end of the highway, he turned and began to tell her about a book called “The Wave”. The American novel is required reading in most if not all German schools and fictionalizes a 1960’s teaching experiment in which the teacher demonstrates live to his students what it would be like to live in fascism. Through strict discipline the students begin to identify with the authority, to the point that they passionately defend it and ostracize those who oppose. Being at the Documenta 12 had reminded him of that story.